With seven matches to play over the Vets & SuperVets finals day we kicked off with the Vets Men’s Singles and SuperVets Men’s Singles. Nick Sleap, looking for his first singles title, took on three-times champion Lucio in the Vets, whilst Glenn and Neil did battle in the inaugural SuperVets final. Lucio edged home in a very tight first set 6-4 and then ran out the second set 6-1 for his third straight singles title. Glenn started as he meant to go on with some cracking winning shots all over the court, which proved a little too much for Neil to deal with; Glenn sealing the win 6-2, 6-0.

Round two of matches saw our Ladies’ Vets singles and SuperVets Men’s Doubles matches with Sophy defending her title against Sam again and Neil hoping to get revenge on Glenn and his partner Paul with Lawrence. After a very cagey start the ladies settled into a rhythm and Sophy took a tight first set 6-4. Sam unfortunately had to retire with an achilles issue, which meant that Sophy took the title for a second year. Neil and Lawrence started like greyhounds and shot out to an early 4-1 lead only to be pegged back and taken into a tie break for the key first set. It fell the way of Glenn and Paul who then managed to keep their noses in front to take the second set 6-4 and the first SuperVets Doubles title.

Into round three with the hotly anticipated Vets Men’s and Ladies’ Doubles matches. Lucio and Andy were looking to defend their title against challengers David and Arif. The match started at a strong pace from David and Arif and they quickly took the first set 6-1. There was resistance in the second set, but a vital break meant Arif and David took the title 6-1 6-3.

Sophy and Rachel were looking to defend their 2018 title against the previous year’s winners Amanda and Di. This was always going to be a tight match with all the ladies very evenly matched and highly motivated. With bodies starting to give out it was survival of the fittest with Sophy and Rachel edging it out 10-7 in the Championship tie-break to lift the trophy.

The planned Mixed Vets final was unfortunately unable to take place due to Amanda’s knee injury meaning that Andy and Di received a walk-over for the title.

We would like to thank everyone who entered and played their matches in the run up to the finals. We look forward to seeing everyone for the presentation evening on the 23rd November to collect their trophies. Tickets are available by emailing Alice on alice@clubtowers.com

Next up it’s the turn of our juniors, with the Junior Club Championships taking place on Saturday 30th November. We are now accepting entries at Reception.

Lastly our next adult tournament is our fun and very popular Christmas Jumper Tournament which takes place on the 13th December. Please enter at Reception.

Andy and Di Bt Ady/Amanda W/O 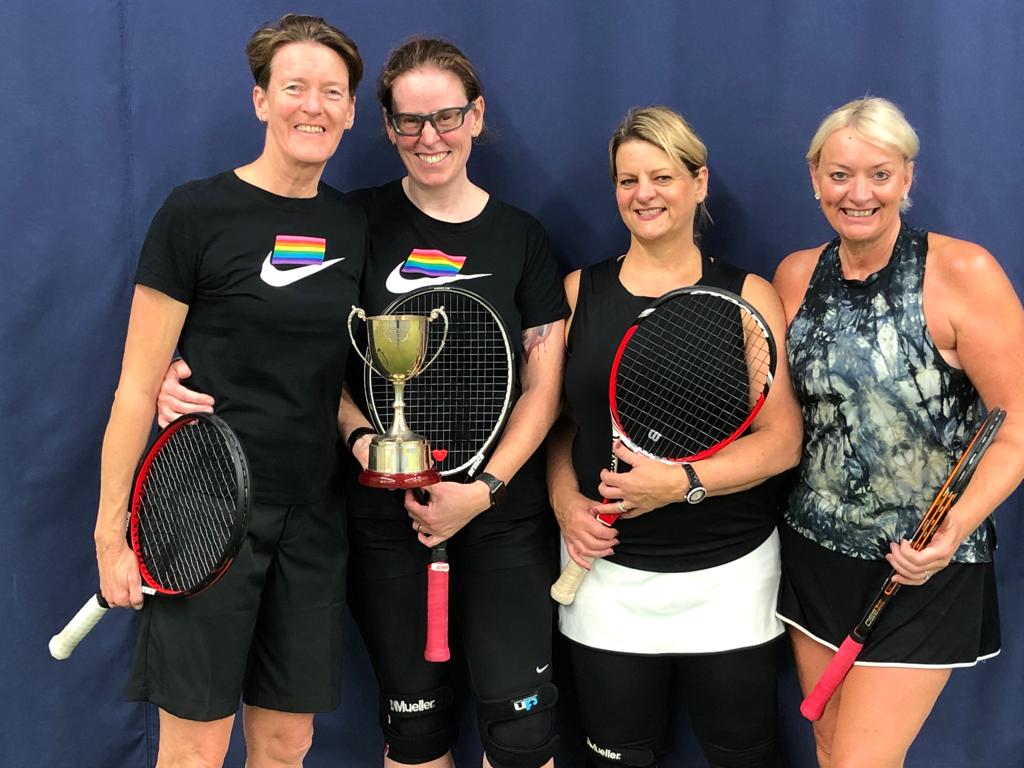