A beautiful, sunny day in Pavenham saw 16 players do battle for the Club Towers Masters title and the coveted green jacket. The sun cream was out, the greens were faster than Augusta and the competition was as hot as the weather!

After coffee and bacon roll, four sets of fourballs set off to tame the course, which was in magnificent condition. To say the green were tricky would be an understatement, and there were some red faces by the end of the day – caused by the sun or the greens? No one could be quite sure!

Only one player was able to conquer those greens, which were running at 12 on the stimpmeter, and he was crowned individual champion later in the club house with the “new” Masters Green Jacket. Congratulations to Tom Albone for taking the crown with a fantastic level par round off a 5 handicap. Large handicap cut for him next time!!

In the team competition, the scores were close for the minor places, but the champion team of Tom A, Craig, Tom B and Mark won convincingly by a 16 point margin. Tom Bliss won the longest drive by a good 5 yards and our own General Manager Steve Davies won the nearest the pin with a shot that lipped out – much to his relief!

Our huge thanks to Pavenham Park for hosting us so well, providing great service and prizes and presenting a course in super condition. And, of course, huge thanks to all our players for contributing to an exciting day of great competition and camaraderie. We are already looking forward to next year! 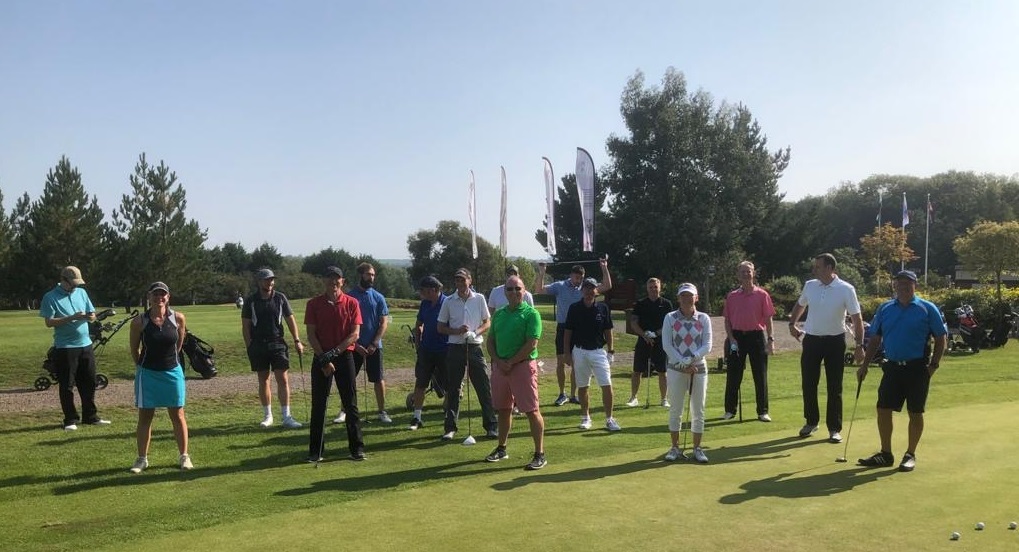