On Friday 21st October we held the Squash Handicap Tournament Final, played between Damian Pell and Ian Thomas. The handicap tournaments are always great fun, pitching different styles and abilities against each other and it usually comes down to just the last few points. And so it proved again in this final!

Ian began each game on minus 6 and Damo started on zero, playing each game to 11 and over the best of five games.  Damo was a little rusty to begin with as Ian got off the blocks quickly and took the first two games 11-8 and 11- 9. But then the fightback began – as it often does with Damo. He had boasted of a 6-sausage dinner earlier in the day (typical farmer’s preparation), but it didn’t show!

Damo stormed back, winning the 3rd game 11-4 and he levelled the game scores by taking the fourth 11-4. Ian showed signs of tiring but we should never write him off. The 5th game was a classic as Ian quickly reeled in the 6-shot disadvantage by winning the first five points. And then neither player could stretch away as it swung back and forth …. 6 all, 7 all, 8 all, 9 all ….. it could have gone either way with both players running out of gas. Perhaps Damo should have had one less sausage? Ian squeaked his way through the last two points to take the game 11-9. A great match to watch.

We are left to wonder …. Just how big is Ian’s trophy cabinet? Even with a tough handicap he comes out all guns blazing and takes the glory again. He truly is a great all-round racquets champion and has won four tournaments this year.

Well done to both players! 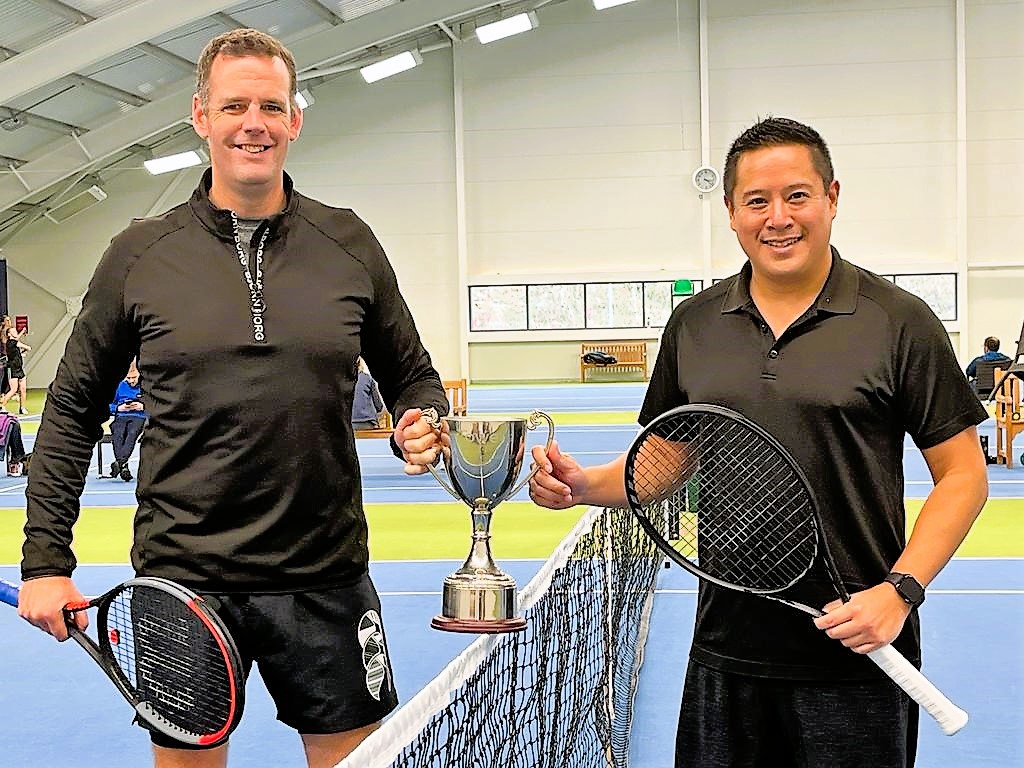