The ‘Martini’, is a timeless classic favoured by Rockefeller, Churchill, Sinatra and most famously, the fictional character of ‘Bond, James Bond’. Claims of the inception come from all over with some saying it was Martini & Rossi and others from New York City’s Knickerbocker Hotel. In the early 20th century, manned by bartender Martini di Arma di Taggia. The legend has it, he served a drink that blended London dry gin, Noilly Prat Vermouth, and orange bitters.

My personal favourite however is the story of Jerry Thomas, argued as the forefather of the modern cocktail with flashy techniques and even credited with writing the first cocktail manual ‘The Bar-Tenders Guide’. The 1887 edition described the ‘Martinez’, bearing a resemblance to the modern-day version of the cocktail.

Whatever the beliefs over the history of the ‘Martini’ you follow, Club Towers has re-created the classic and will be presenting it Friday 21st July and each Friday thereafter for the rest of July. A stirred blend of Whitley Neill, Cîroc Red Berry, Muddled Strawberries and Angostura Bitters gives you a fresh, modern variant of the Martinez classic.

Ask at the bar for a masterclass! 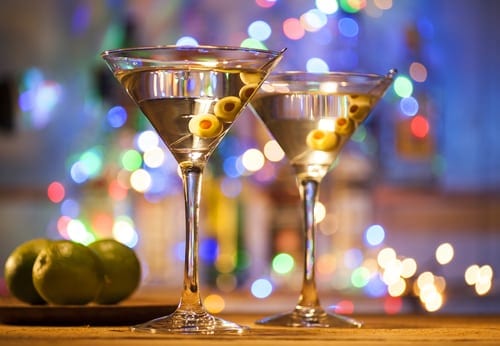