I have been asked the same question many times over the last 4 years – why are you trying to build a high-end health and racquets club in Bedford? The implication is that such a club cannot possibly succeed or that Bedford is not a suitable place for such a club. And the question has come from people who live in the town as much as from people living outside Bedford. I personally think it betrays a lack of confidence in the town that I certainly do not share. Anyway, back to that question – let me try to explain……..

I have been a long-standing sports enthusiast, with a passion for competitive sport of all types, but with a particular love of racquets sports. In my view, racquet sports are the ultimate in sporting endeavour, combining power, endurance and strategy – testing the strength of character, the will-power of participants to the limit. It is boxing without actually hitting your opponent! When I moved to Bedford in the late 1980s, it was relatively well served, with the Kimbolton Road squash club, two large tennis clubs (Riverside and Bradgate Road), and some decent pay-and-play facilities. In the last 25 years the world has moved on, but Bedford has stood still in terms of racquets sports provision. The squash club closed – not to be replaced. Bradgate Road tennis club closed. There has been little new investment, and it is incredible that the whole of north Bedfordshire still has no permanent indoor tennis courts.

At the same time, in the last 10 years, the town’s gyms and fitness facilities have headed down-market.  Dragons in Kimbolton Road became LA Fitness and then closed. LA Fitness on Manton Heights was taken over by Pure Gym and cost reduced, removing the swimming pool and Les Mills classes. Other budget gyms have sprung up and now dominate the market. Other towns and cities have superb gyms facilities that include pools, spas and state-of-the-art studios, but seemingly not Bedford. This needed to change.

I made a commitment to myself many years ago, when the squash club closed, that if I was ever in a position to improve the racquets and gym facilities in Bedford I would make it happen. And so, when I sold my previous business in 2012, I was finally able to make a start on realising the dream. It has not been straightforward! Buying a suitable plot of land has been very difficult, and my thanks must go to the Mayor Dave Hodgson, and the Borough Council for helping me along the way, when I needed their support. We started the planning process in mid-2015, the land purchase was completed in January 2016, and planning approval followed quickly after this.

I have worked on the design for the last 2 years with Hooper Architects (http://www.hooper.nl/) – a Dutch firm with a long history in the sport and leisure industry. We have tried to incorporate all of the essential elements of a high class health and racquets facility. I have visited a huge number of clubs across the UK and Holland over the last 4 years to look at best design practice, and was in Holland again last week to see more clubs, one of which had been open for only 2 weeks – very exciting and I am increasingly confident that we have got the initial design just about right. The Dutch visits last week have helped us to further tweak the design, and I am sure further minor changes will be made right up to the opening date.

The build started in April 2016, and is due to complete in 1Q next year. After this the hard work really begins with the operational side. We will be trying to create a club that caters for families, whilst at the same time offering adult individuals the health club experience that they desire.  We are aiming to stimulate a renaissance in squash in the area, drive increased tennis participation, and make Bedford a healthier and happier place to live. If we could produce one or two players who go on to national recognition, that would be a bonus. Not too ambitious then! 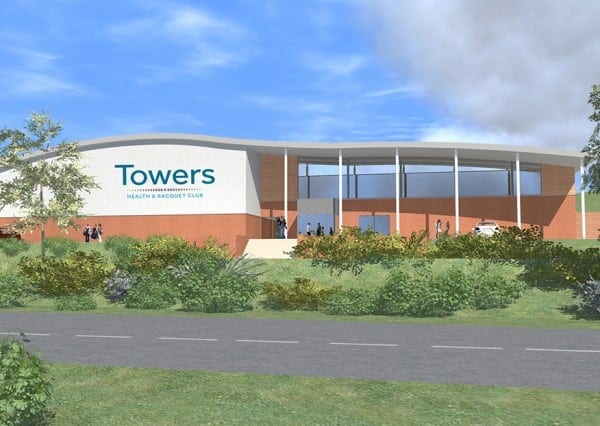