It was great to see some new faces taking on the established champions on our Club Championship finals day this year. There were some terrific matches all afternoon with the defending champions in both the Men’s and Ladies’ singles, Claire and James, being pushed much harder than in previous years. However, their years of experience at the highest levels again proved decisive for them as they successfully defended their singles’ crowns. Claire won through against new member Megan 6-3, 6-2, and James defeated Gary in a thrilling third set tie break 5-7, 6-1, 10-7.

Both sets of singles finalists teamed up in the doubles to make it a double celebration. Claire and Megan held off the challenge from Amanda and Steph 6-1, 6-2, whilst James and Garry were made to work slightly harder by Tom and Hayden, coming through 6-3, 6-4.

Our congratulations to Claire, who not only teamed up with Garry to make it three titles on the day by beating Craig and Jolanta 6-1, 6-2, but also made it three years in a row winning a triumvirate of titles – a fantastic feat!

Many congratulations to all who played this year to make it such a good competition, and many thanks to all who came to support on the day. It’s the Veterans’ turn on the 27th October– we can’t wait and hope to see you there! 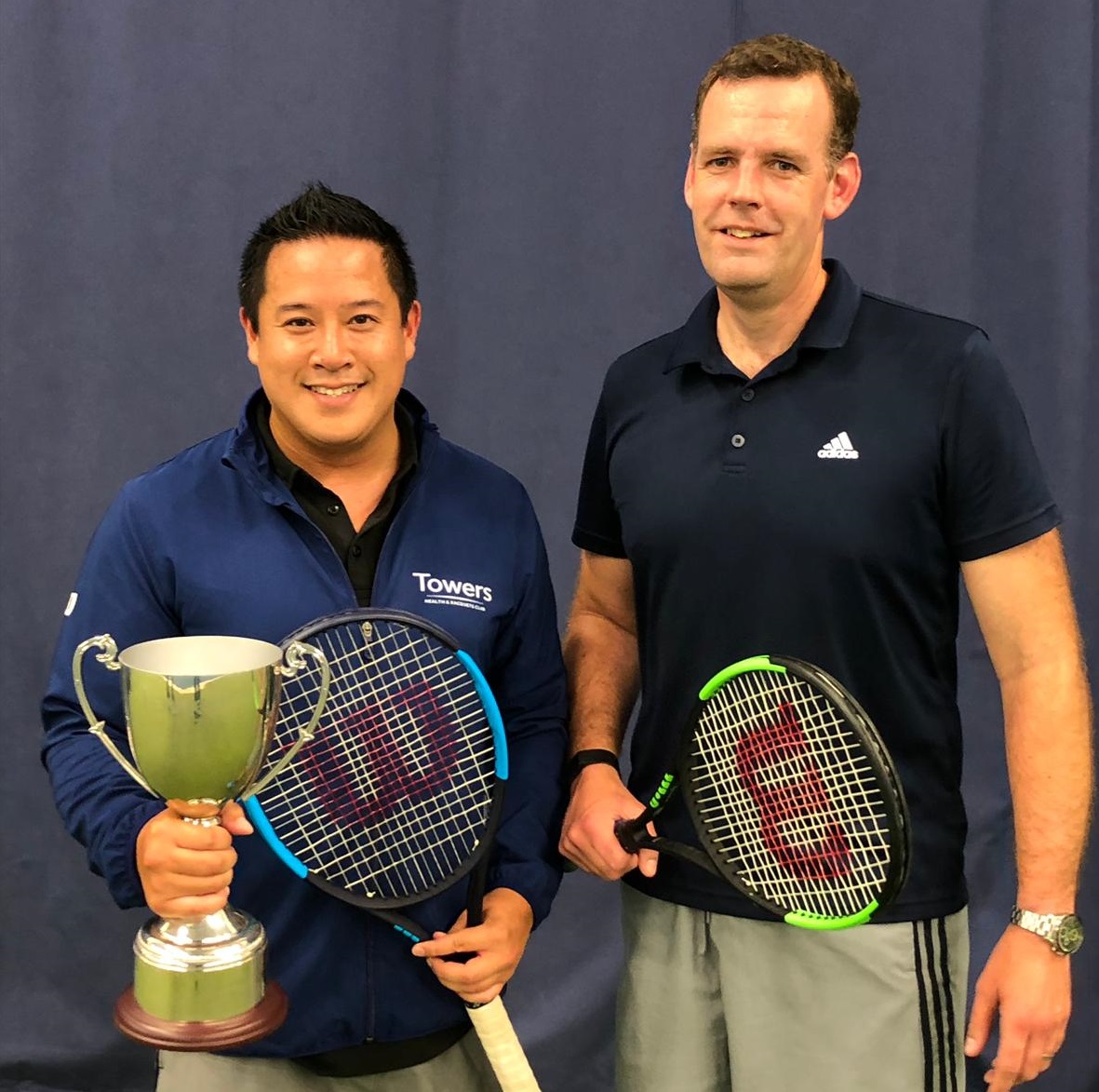