Saturday 5th May saw us hold our inaugural Junior Squash Championships – a landmark day since most of our squash juniors had not ever picked up a racquet 12 months ago. The boys arrived raring to go and, I think, a little nervous in some cases! They were not quite sure what to expect!

The juniors were divided into two groups and played a round robin format. The winners of each group then met in the final, the two second placed boys met, etc. all the way down the groups.

Group A was dominated by Callum, who won all of his matches quite comfortably. The battle for second place was fierce, with Ibrahim, Alex and Jonny engaged in a really tight contest. Alex eventually prevailed, managing to beat Ibrahim 15-13 and Jonny 15-11.

The play-offs to decide the final standings saw William beat Alex to secure third spot before the final went on court. Both players, Callum and Jonathan, looked nervous during the knock-up, and the first game was slightly edgy, with plenty of mistakes from both players – Callum eventually taking it 9-4. The second game was much better, with Jonathan stepping up the pace to put the pressure on Callum, and the squash from both players of a very high standard. Callum eventually took the game 9-7, but not before a few nervous moments!

Many congratulations to Callum Cooper on being our first junior champion and a huge “well done” to all of the juniors that took part and played so well. Thanks also to our coaches, Joe Green and Steve Barlow for their organisation and to all of the parents who supported.

I’m already looking forward to next year, when we hope to expand the competition and include a couple of different age groups! 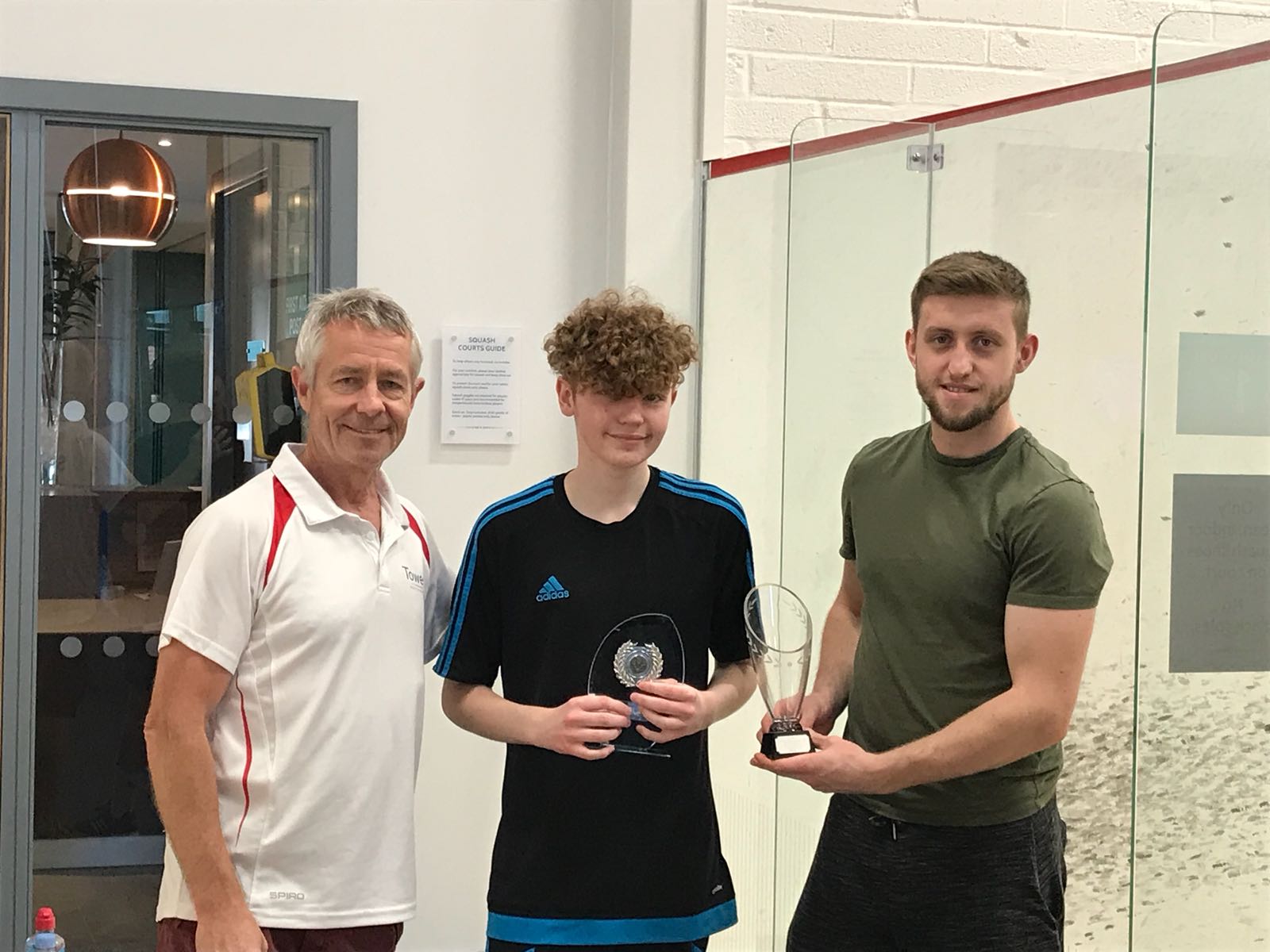