Sophie and Glenn Winners of the 2022 Towers Cup

Sixteen players signed up for the chance to win the first major honour of 2022, the prestigious Towers Cup.  After missing out in 2021 due to the COVID 19 lockdown, we were very pleased to have the tournament back in the diary!  Players were put into groups of four mixed teams with each match consisting of three Champion tie breaks to ten points of ladies & men’s singles and a mixed doubles final.

The round robin matches were very hard fought with current ladies champion Jolanta Hawryluk losing an exciting match 10-9 to her doubles partner Sophie Cable.  New member Debra Schmidt showed us her GB pedigree and playing experience winning all her singles matches right through the tournament.

In the first semi-final we saw Russell and Debra emerge victorious against Garry and Sue with a terrific 10-8 win. Whilst in the other semi-final Glen and Sophie ended up beating Phil and Claire 10-7 in another exciting contest that went to the wire.

A small change to the running order for the final meant we had both singles matches at the same time to be followed by the mixed if necessary and it was! In the singles, Debra was able to keep Sophie’s big hitting game at bay to come out on top and in the battle of the vets Glenn played a clever game to beat Russell.

We returned to the Club Lounge for refreshments, some post game analysis and the prize presentation.

Thank you to everyone who played, and congratulations to Glenn and Sophie for a fine Towers Cup victory.  You will see your names up on the board very soon!

Our next tournament is our fun superheroes and supervillains doubles tournament, for players of improver plus playing standard on Saturday 2nd April.  You can sign up individually or in pairs, but fancy dress is a must!  Entries are open at Reception now.

And don’t forget social tennis runs every Saturday afternoon from 2 – 4pm, this session is led by our coaching team allows you to meet other players and play some games, get in touch with Head Coach Nick Boys on 07810 832774 or nick.boys@clubtowers.com to get involved. 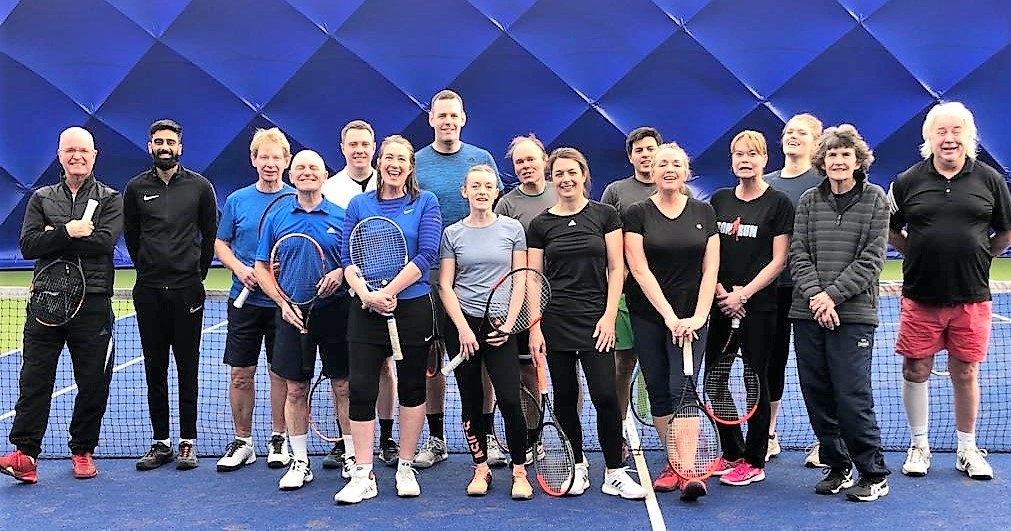