Five intrepid pairs of Racketballers turned out at Club Night last week to do battle in our inaugural Racketball Doubles tournament. This is a fast and furious challenge and not for the faint hearted. With an uneven number of pairs we played a round robin format, with all pairs playing each other, first to 15 points in each match. The pairs were: –

A couple of partnerships had prior doubles experience from playing in the Northants County League earlier this year, and both were unbeaten. These were Sam & Manjit, and Athar & Steve. This extra experience told as both pairs won their first three matches. Now, each on 45 points, they went into a deciding match to determine the champions on the night. At stake was the inevitability of one of these partnerships having to lose their unbeaten record. They battled it out over long rallies and hard hitting. Sam & Manjit got off to a flying start to lead 7-1, before Athar & Steve clawed back 5 points. Then the younger pair (Sam & Manjit) tipped the scales again with impressive movement and retrieval skills, coming through convincingly to clinch the win.

Well played to all ten players. We hope to run a bigger event next year with more competitors.

Our next tournament is a knockout singles handicap event, running through October to a final on 24th November. Simply add your name to the booking sheet now on the Racketball noticeboard. The handicap gives everyone an even chance of winning so why not rev up your racket and give it a go? This is a really fun opportunity of stepping into a competitive situation with our very friendly Racketballers.

Don’t forget we have Racketball Club Night every Thursday between 5.45 and 7.15pm. There is no need to book, just turn up and mix in. Alternatively, if you are a Racquets member and would like a gentle introduction to the game please contact Steve.adams@clubtowers.com to find out how to start. 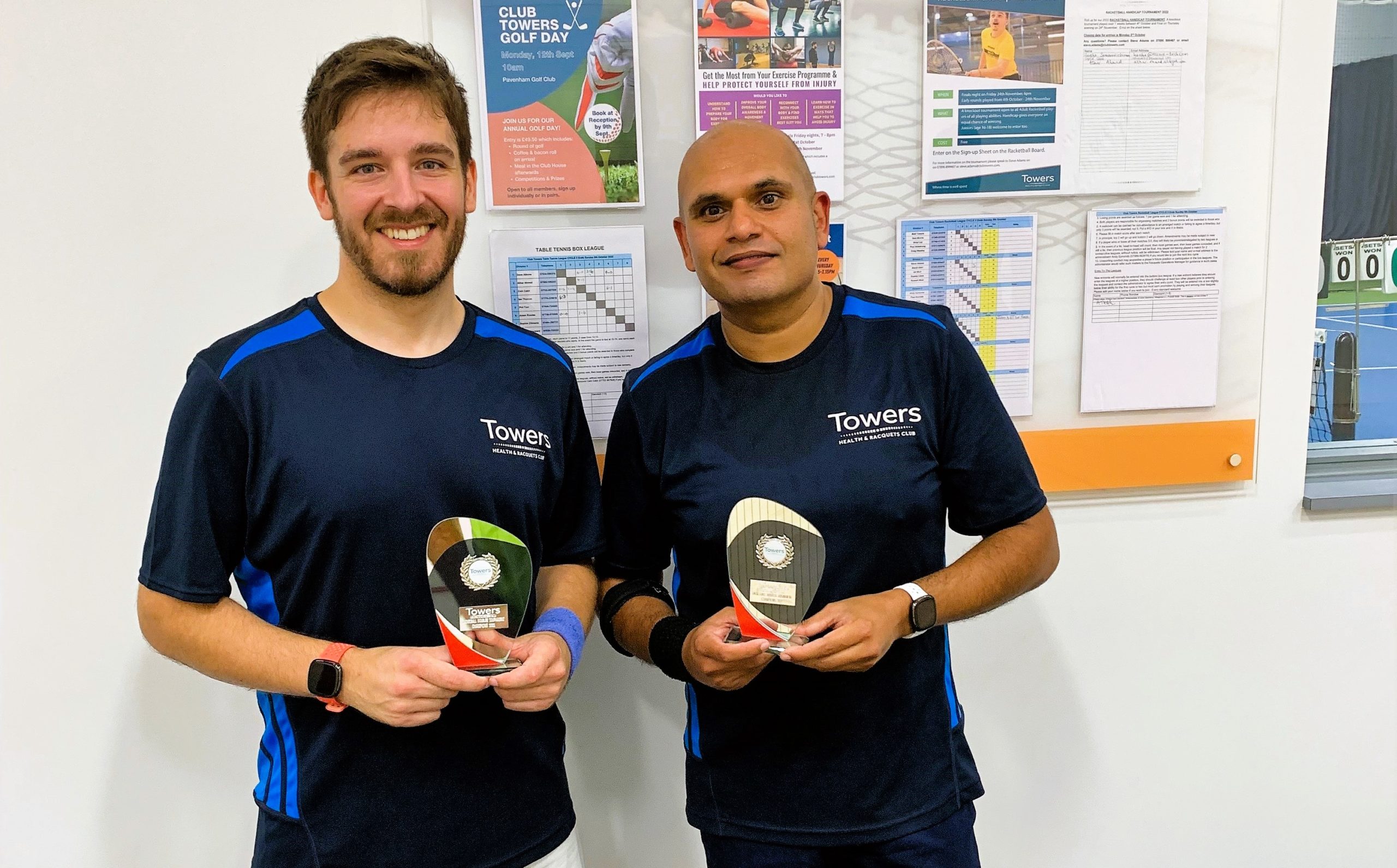