Paul Coll
Squash is a sport renowned for being one of the most physically demanding around. As any amateur will testify, play a tough 5 set match and you will feel it in the morning! Today’s modern professionals go through some extraordinary training regimes to cope with the rigours and demands of the w

orld tour and the game becomes quicker and more attacking all the time. One player in particular has taken things a stage further in recent times and picked up the nickname “Superman” in doing so. Paul Coll is a 25 year old squash player from New Zealand whose athleticism and fitness levels are taking the game to yet new levels. Famed for his retrieving and full length dives Paul has already climbed up to number 13 in the world and recently claimed the scalp of former world number 1 James Willstrop in a tournament in El Gouna, Egypt.

Click on the following link to see Superman Coll in action: https://www.youtube.com/watch?v=A82lLtORl1k

Declan is 24 years old and one of the rising stars of England Squash. The country has seen a remarkable period of success in recent times with household names and former world number 1’s Nick Matthew and James Willstrop spearheading a number of world championship wins for England. With Daryl Selby and Peter Barker also being permanent fixtures in the world top 10 England truly has been blessed with talent. However, with these players in the twilight of their careers Declan is the new kid on the block and with a current world ranking of 35 he broke into the England team for this year’s European Championships and is sure to make his way up the world rankings in the near future.
Club Towers General Manager Steve Davies commented that “we are thrilled to have these two first class professionals coming along to our grand opening. You never truly appreciate the skill and speed of the top players until you see them close up and I am sure they will put on a great match. It is one not to be missed!”

For details of how to attend the grand opening event or even get on court with the professionals yourself please ask at reception or email info@clubtowers.com 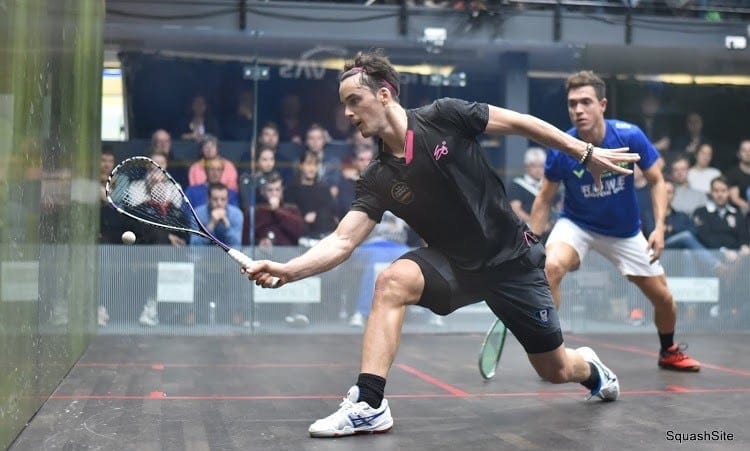