Juniors Back in Action in our Junior French Open

We had a brilliant time on Saturday afternoon and it was fantastic to see our junior tennis players back competing for the first time this year.

We had three groups join us: Under 14, Under `11 and Under 6. Well done to everyone who took part; we saw some superb tennis from our older, more experienced juniors and lots of enthusiasm and energy from our youngest players.

Here’s our round up of each group from Head Coach Nick Boys:

We had 2.5 hours of fierce competition on the indoor courts and some great tennis in the U14 category. As the winner played her final shot in a match she won well, my lasting impression was from her opponent who had smiled his way through the highs and a few lows, but the smile never disappeared – well done Alex!

Our winner by one point with 4 wins out of 4 and a total of 8 points was Erin. Congratulations to her from all of us at Club Towers. I understand that she slept through to Monday after her endeavours –  a well-earned rest indeed!

Runner up was Lewis with 3 wins and 1 loss on 7 points – well done again.

Finally, thank you to all the players, Alex, Erin, James, Lewis and Nick, for their passion on the court all afternoon.

Our three gallant U11 players stepped on to Court 3 to play each other and despite the onslaught of laughter and noise from the U6s on Court 1, I was very impressed with the levels of play and concentration.

It was gratifying to see the coaching strategies the team have been working on so far this term coming to fruition and the players clearly working hard to put things into practice. Never easy when you are suddenly in a competitive environment!

Three rounds later and after a coach inspired doubles match, we had our winner in Riddha who went undefeated, with Alfie and Dhillan close behind.

Well done to all for a great afternoon’s tennis.

Whilst the under 6s aren’t ready for match play yet we hope they enjoyed the extra games and training which will help lead them up to the time when they are ready. They all tried extremely hard and were really enjoying themselves, which we love to see.  We tried a few new games and had to finish on the all-time favourite – cross the river of course!

This was the first time we have run such an event for the U6 age range and if the measure of a good session is smiles and noise levels then we think it was a success!

Thank again to all the juniors who joined us and of course their parents too!

Our next tournament is our Junior Wimbledon on the 3rd July, sign up is available now at Reception.

Here are some pictures of our tennis stars enjoying their day: 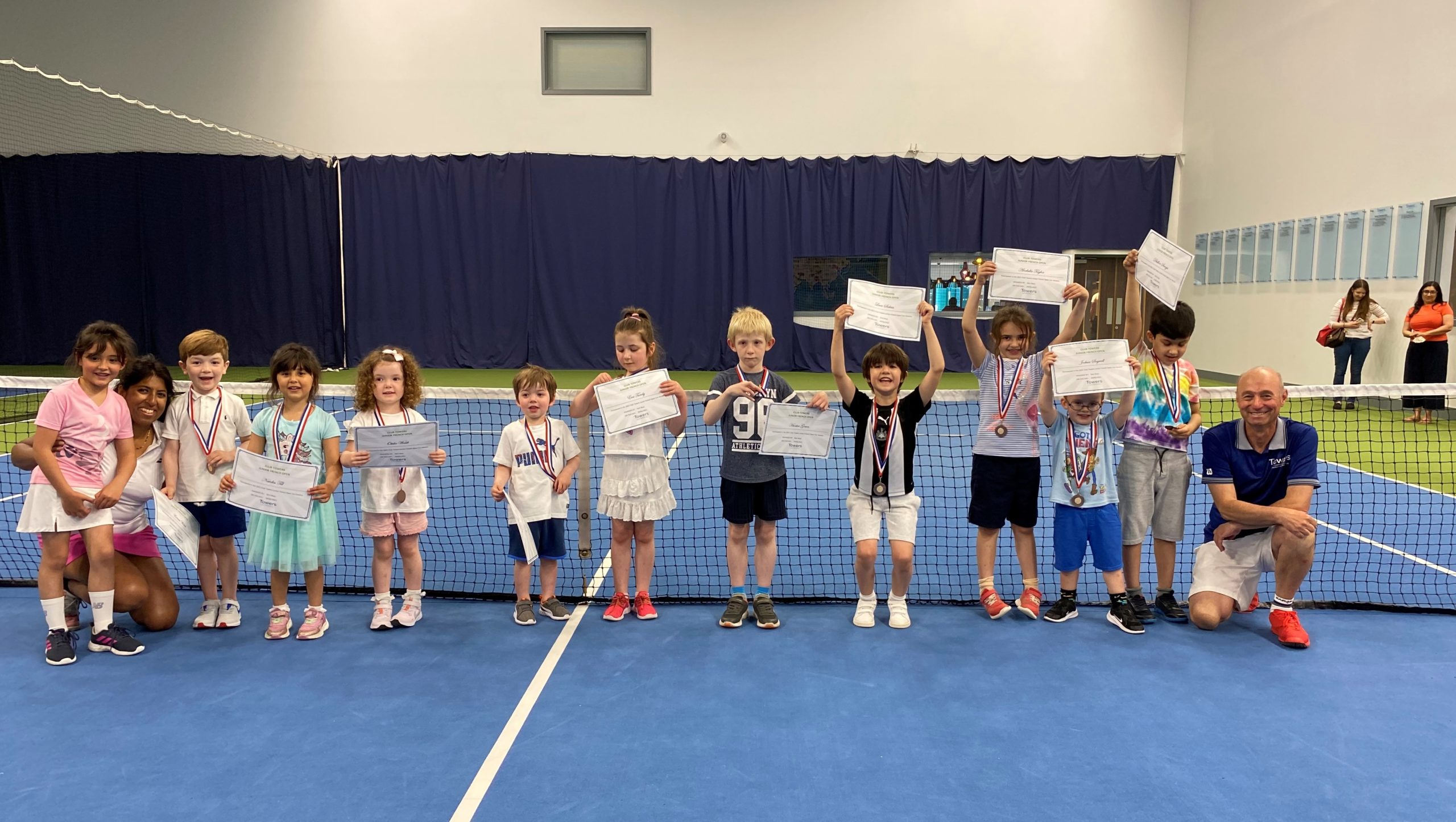