Last week saw our annual golf day take place at Pavenham Park Golf Club. After a morning of pouring rain, the clouds parted, and the sun shone for our golfers who by all accounts had a great day.  Our Head Tennis Coach Nick Boys has kindly sent in this write up from the day, so over to Nick…

As 11am approached, the car park at Pavenham Park Golf Club started to fill with familiar Club Towers members’ cars. With an air of excitement as the weather changed to glorious September sunshine 22 of our 23 competitors moved to the bar to start the day with a traditional bacon roll feast with copious amounts of coffee to set them up for the challenge ahead. Our 23rd player informed me he was on his way and would be there in 10 minutes ready for the off at 12pm. The sun shone down on us at the first tee as photos for the history books were taken: hang on, still one missing! There’s one behind the camera, the organiser, for you sharp eyed ones. Where was the 23rd player? He was in the 5th group for teeing off, so no problem for the organiser so far.

With a menacing start our reigning champion golfer from 2020, Tom Albone, struck a fearsome first drive into the distance, straight and true, rather worryingly for the rest of us. He had been cut in handicap from five to three, as tradition dictates, but his face was of a warrior as he turned to the crowd, granite like. Following Tom there was a mixture of worrying shots along with some golfing brilliance as the first four groups set off. Mr 23 had still not arrived so a panicky call to him to find out progress, led to more panic from yours truly.

Silence down the other end of the phone “What course are we playing today? Beds and County Right?”

When I had picked myself off the floor from laughing so hard, I informed Mr 23 that we were indeed at Pavenham Park GC and could he perhaps meet up with us by hole 2 or 3!! At least he did not have far to go! One can only assume that on the ITF and at Grand Slams they have Limo service and people to whisk you away to the relevant courts for your umpiring duties. Here is Mr 23 arriving at the 2nd Tee ready to play!

The weather continued to play fair with sunshine bathing the Bedfordshire hills and valleys. The players were in short sleeves, some in shorts, enjoying the course and all its challenges, including some tricky greens. The early starters managed to get back to the clubhouse before the ten-minute downpour but the sun once again shone brilliantly after the shower, with a new slickness to the course and the golf balls skidding down the fairways.

As the final group arrived at the 10th hole, the longest drive, they looked down the fairway for the marker. Garry points out, “Is that it, up by the green?”  Despite seeming like an impossible task, we all lined up swung like mad axe men and struck straight and true. Two of us hit our best drives of the day and yet we were still forty yards shy of young Tom. Must be something going on in that gym!

After a brief rain break before the nearest the pin 16th, we looked down to an impressive shot that looked rather close for our liking. Wind behind us on the tee and bravado showing as we swung, would luck be on our side? Er no,…. one short, one in the bunker, one deciding to take the long way down the right rough and eventually a real zinger. Mr Morris was left hopping after he let fly a beauty, landing in the middle of the green…………then rolling another 12 feet past the flag. You will be glad to know he made his par, unlike many a star at Whistling Straits on Sunday.

As we climbed the Everest of the 18th to be welcomed by the green Jacket winner from 2020 and a band of merry players with beers, we finished up, threw our clubs back in our cars in disgust and went off to count everyone’s score in the clubhouse. After suitable sustenance the presentation of all the prizes began.

Nearest the pin was Jenny Denyer with a magnificent shot to eight feet from the pin, congratulations Jenny!

The champion player for 2021 was Tom Albone who retains his green jacket, scoring forty-two points off a three handicap. Tom shot a gross score of sixty-nine, three under par, an outstanding performance. Congratulations again Tom!

Severe handicap cut for 2022 I suspect!

The team trophy is always a hotly contested affair, and this year was no exception. The top four scores were within nine points of each other with the other two teams just behind.

Very close again, however the runners up were The “A Team” of James, Garry, Craig and Nick on ninety two points

However, our champions this year were The Gym Sharks of Tom, Mark, Billy and Tom Bliss on ninety six points.

Our thanks to Pavenham Park Golf Club for making us feel so welcome and providing us with possibly the best bacon rolls ever and to all members who joined us – we hope you enjoyed it as much as we did. 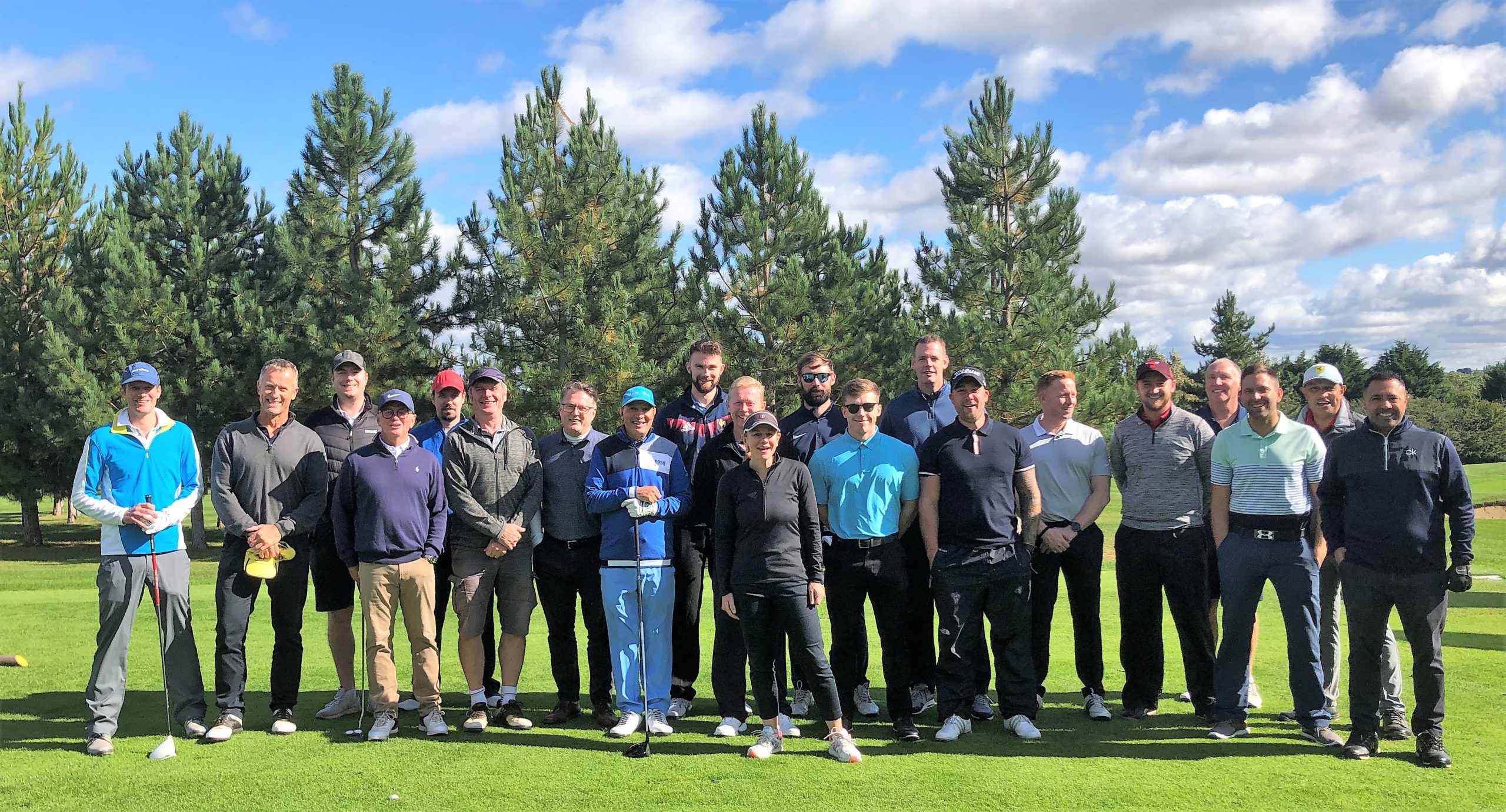