It is that time of year where county squash associations up and down the country are preparing for their county championships, which are always a highlight of the squash calendar. In recent times England Squash have dictated the dates of these tournaments to ensure they are all played on the same weekend, thereby, ensuring they do not clash with any other tournaments run by the sport’s governing body.

Club Towers is proud to be able to host the tournament this year and with so many members taking part in our leagues and playing squash at the club, the signs are good for a big entry. It is hoped the opening of our new club in the county will act as a spring board for wider success and greater participation in the sport – where better to start than with a vibrant county closed in 2017!

The Bedfordshire County Squash Championship has an interesting and at times chequered past. First played in 1972, the tournament was won an incredible 7 times in a row by Terry Mabbitt, a name that will be familiar to some of our tennis players too, as he has been involved in both racquet sports in the county for many years. This was a record that stood for some time until our very own coach Steve Barlow became the dominant force in Bedfordshire Squash in the 1990s, eventually winning the tournament for a record 8th time in 2009.

The tournament was often held at the old Bedford Squash Club on Kimbolton road until its closure in the late 1990s. This was a desperate time for squash in the county with Millcourt Squash Club in Flitwick having been turned into houses only a couple of years earlier. Fortunately, Lewsey Sports Park (or “Corals” as it was previously known) in Luton and Mowsbury took on the mantle and did an excellent job of keeping this prestigious tournament alive.

For those that do not wish to enter, the opportunity is there to grab yourself a beer and come along and watch some great squash over the weekend instead! 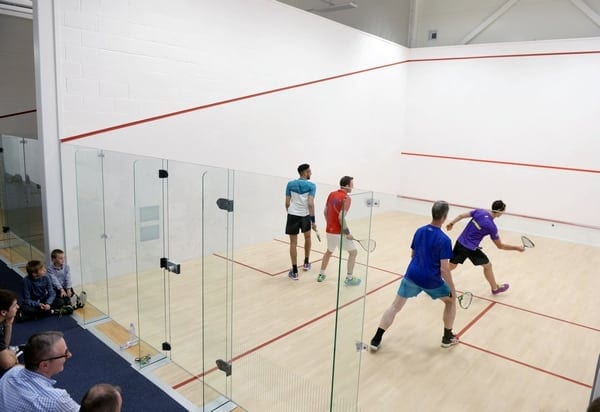