Our first junior tennis championships took place on Saturday 2nd December with a fantastic entry of 25 players across all age groups – mini red, mini orange, U14 and U18. It was a great event, with many parents watching and some exciting and highly competitive tennis played. The mini red, orange and U14s all played in a round robin format to decide the semi-finalists, with the U18s sadly reduced to two players due to an injury on the morning of the competition – there is always next year Amy!

The mini reds showed their proud parents how much they have improved over the last few months with some outstanding rallies and matches, culminating in a final between Rishi and Jake, both of whom were playing their first competition. In a very tight final, which ebbed and flowed from beginning to end, Rishi came out on top 12-10. A superb first final !

In the mini orange round-robin everybody played each other and again there were some incredible group stage matches. One rally saw the players working so hard that they both ended up on the floor exhausted after a magnificent cross-court winner from Isaac. The final was contested by Poppy and Benjamin with Poppy winning a very hard fought final, 7-3, 7-5.

The U14s used our fantastic new bubble and were split into two groups of four. They played 25 minute matches, with a sudden death final point at deuce, providing some tense moments for players and parents alike! Some superb rallies were played out in all the group games, leading to semi-final match-ups of Sophia vs Harry and Ben vs Mohamed. Both were close fought matches. In the first, Mohamed got the better of Ben 5-2, whilst Harry edged out Sophia on the last point of the match to win 3-2. A special mention to Sophia who, at the age of 11, was competing against some boys who were much older. The final was played in the same competitive spirit and after showing his consistency all day Mohamed came through to win 5-2.

In the girls U18 final a titanic struggle took place on Court 3. After well over 2 hours of play, Izzy came out on top against Tash 6-3, 5-7, 10-8. A great match which could have gone either way.

Our abiding memory of the day was the competitive spirit of all the players, the pride in their play, and the great spirit in which the matches were played, with lots of smiles after the events – most of the time! Many thanks to Rachel, Claire and Jo for running the mini-red competition and helping the less experienced players get a real taste for playing. Also to Amanda Greenland, who umpired the mini-orange competition and kept all the players happy and playing, and to Nick for his enthusiasm and energy in running the event. We are already looking forward to next year! 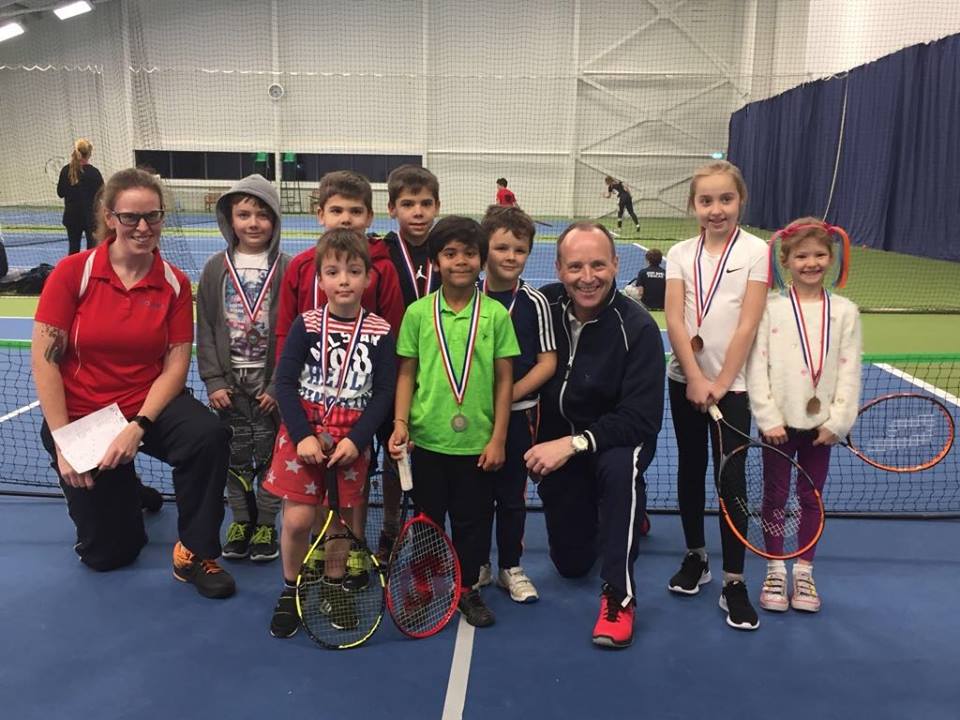