2018-19 was a highly competitive and successful squash season. We entered three teams into the Bedfordshire leagues, and one into the Cambridgeshire League and we had well over 20 players who represented the Club in one of the teams during the season. Many thanks to all of the players and especially to the team captains who do such an outstanding job organising us.

The details were as follows:

In the top division, we split our strength and enter two teams of roughly equal ability. After a poor league season (for them) in 2017-18, CT1 got their act together this year, and piled the pressure on the opposition. They took the title in the final game of the season with a comprehensive victory away at runners-up Biggleswade.

CT2 finished a creditable third, despite being without key player Jools Cooper for much of the season with knee and back problems. We hope Jools will be back soon!

In the newly former Division 2, our third team did very well to win four from twelve matches. Many of this team were new to team squash, and facing opposition who were more experienced, and in many cases playing “down” from Division 1. A solid performance to build on for next year.

In the Bedfordshire Cup, CT1 defeated CT2 in the semi-final in front of a fine crowd, to reach the final for the second year running. In the final, CT1 faced Biggleswade, who brought their strongest team and plenty of support. In an exciting match, CT1 prevailed 3-2, with Lee Bartlett beating Marcus Gray 3-1 in the deciding rubber, and victories also for Bruce St Ledger and Ian Tomas. Special mention for effort must go to our coach Steve Barlow, who went down 3-2, 16-14 in the fifth, after coming all the way back from a 13-4 deficit in that final game.

The Cambridgeshire League is significantly stronger than the Beds League, with many more clubs and players driving up the standard overall. In our first season (2017-18), we had won the Division 2 title, gaining promotion to the top Division, and hence we knew this year it was going to be tough.

The team started strongly, leading the division in the early months, and again during January. However, disaster struck in February, when over half the team foolishly went away in half term week, missing the match against arch rivals March. That 20-2 loss effectively cost the team the chance of the title, but the team still managed a very creditable third place finish, behind March and Hunts County.

In the Cup, the team comfortably qualified for the finals weekend, which pitched us against Cambridge A, Hunts County A and the Cambridge University team of Portugal Place. In the morning semi-final, we played Cambridge and managed to sneak through in a tight 3-2 with victories for Steve Davies, Will Montgomery and Lee Bartlett (after losing the first game 11-0!). In the afternoon final we played the students, and sadly fell just short, losing a very tight final 3-2. Two of the lost rubbers were a 3-2 result, so could not have been closer. Tough to take!

Many thanks again to all of the members who came down to support the teams through the season. It is very much appreciated and definitely keeps the team players motivated to give maximum effort! 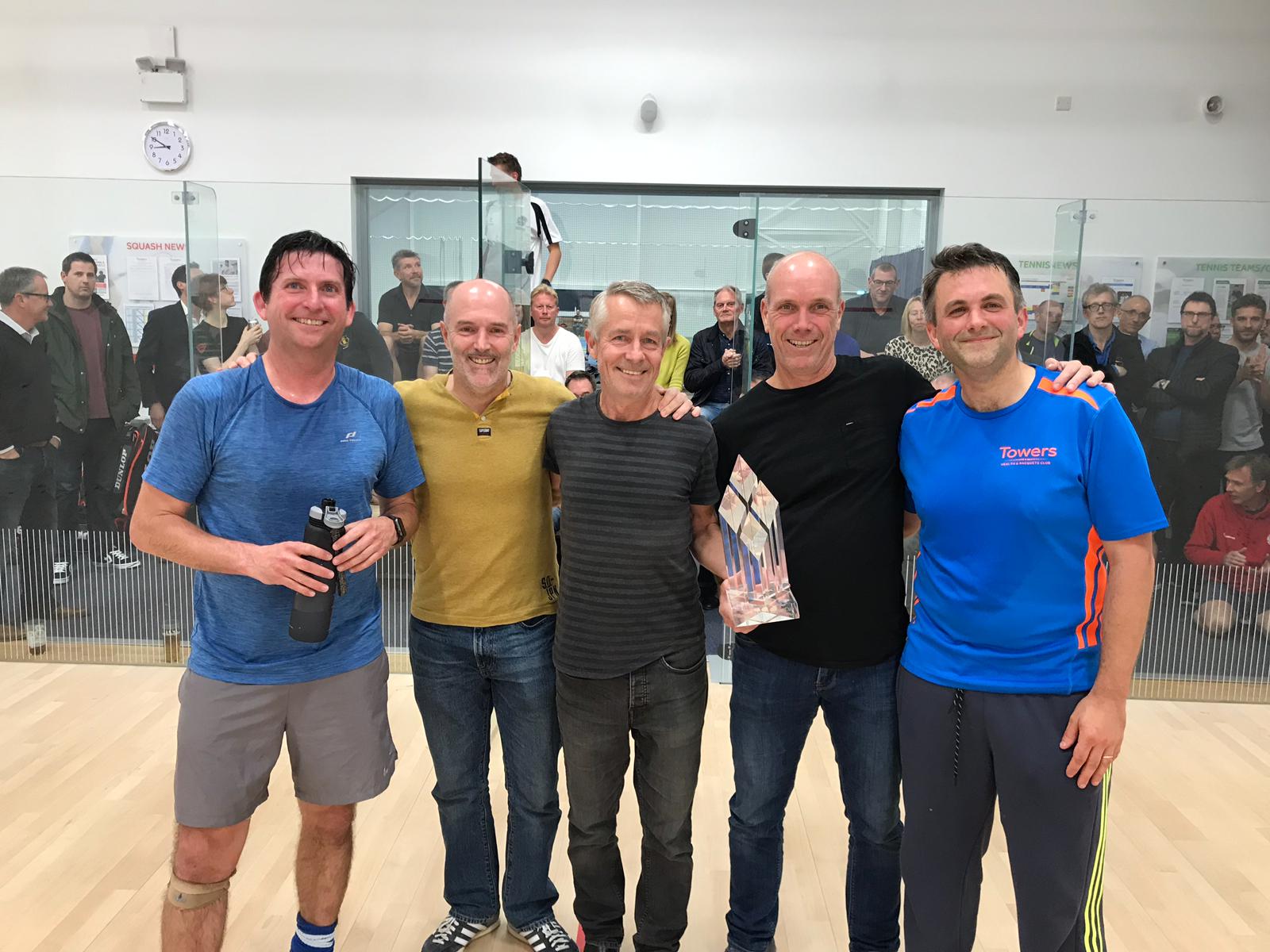