The team squash season has finally ended and whilst we are well and truly biased, it really has been a fantastic first season for the Club.

Despite our best efforts to persuade the league organisers to enter us straight into the top division, they wanted us to prove our mettle first, and so we started life in Division 2. With a large squad to pick from and plenty of players that are of Division 1 standard it proved straightforward to gain promotion in our first year, with the team winning every match. That said it was a thoroughly enjoyable season and it is always good to come across some different opponents and new venues.

The cup competition combines the teams from Div 1 and Div 2 and this was one that we had our eye on. After getting a bye in the first round and then knocking out Division 1 side Melbourne 3 – 2 we were all set for a semi-final against one of the top Div 1 sides Peterborough. Disappointingly though,  the team were not at full strength on the night and lost out 4-1.

Division 1 in the Cambridgeshire league is likely to provide some competitive high-level squash next year at the club and will certainly test our players. Wednesday will be the evening to come and watch to see some top squash, next September.

Way back in September 2017 we held an internal team match to try and decide the two squads for the Beds League season ahead. The plan was to try and pick two evenly matched sides and the end of season results would indicate we did a pretty good job of this!

Club Towers 2 were one of five sides that were challenging for the title right up until the last few games. It was the most competitive Beds League season for some time and the Club Towers 2 challenge only fell away due to ill-timed injuries, first to Tom Western and then to Jools Cooper. Club Towers 1 season started slowly with a lack of availability for various reasons being the main issue. The team finished strongly though and ended up in a respectable 6th place. Biggleswade ended up as the worthy winners and claimed their first title for many years.

It was the cup competition, however, where the real excitement lay. Our two sides drew each other in the semi-final and with bragging rights at stake the WhatsApp group went into overdrive! Plenty of members turned out to witness Club Towers 1 win an epic contest 3-2, with Lee Bartlett defeating Jools Cooper in the deciding rubber. There was a great atmosphere in the club and the evening really epitomised what team squash is all about.

The final was against Nuffield MK and wins from Steve Barlow and Andy Wilmer meant the match was poised at 2-2, with the result resting on a decider between Lee Bartlett and Ian Davey. Lee has had a tremendous season, going unbeaten in the Cambridge league, and making his debut for the County men’s team, and it was therefore, only fitting he finished it off in style with a really hard fought 3-1 win to seal the cup victory.

This was the first season the Bedfordshire League Cup has run, and it is great to get the Club Towers name on it. The trophy will sit proudly in the quiet lounge!

It really has been a tremendous first season. The teams have plenty of success and were well supported on both the Monday and Wednesday match nights. It was also great that we were able to give a few players from our internal leagues their first taste of team squash. One of the aims of the club was to help drive greater squash activity in the county and the cup competition was perhaps the first visible sign of this. Next year we hope to see a second division started in the Beds League and this will provide opportunities for more of our club members to get involved in team squash.

Please let us know if you are interested in playing next season and thanks to all those that have played and supported us this year. 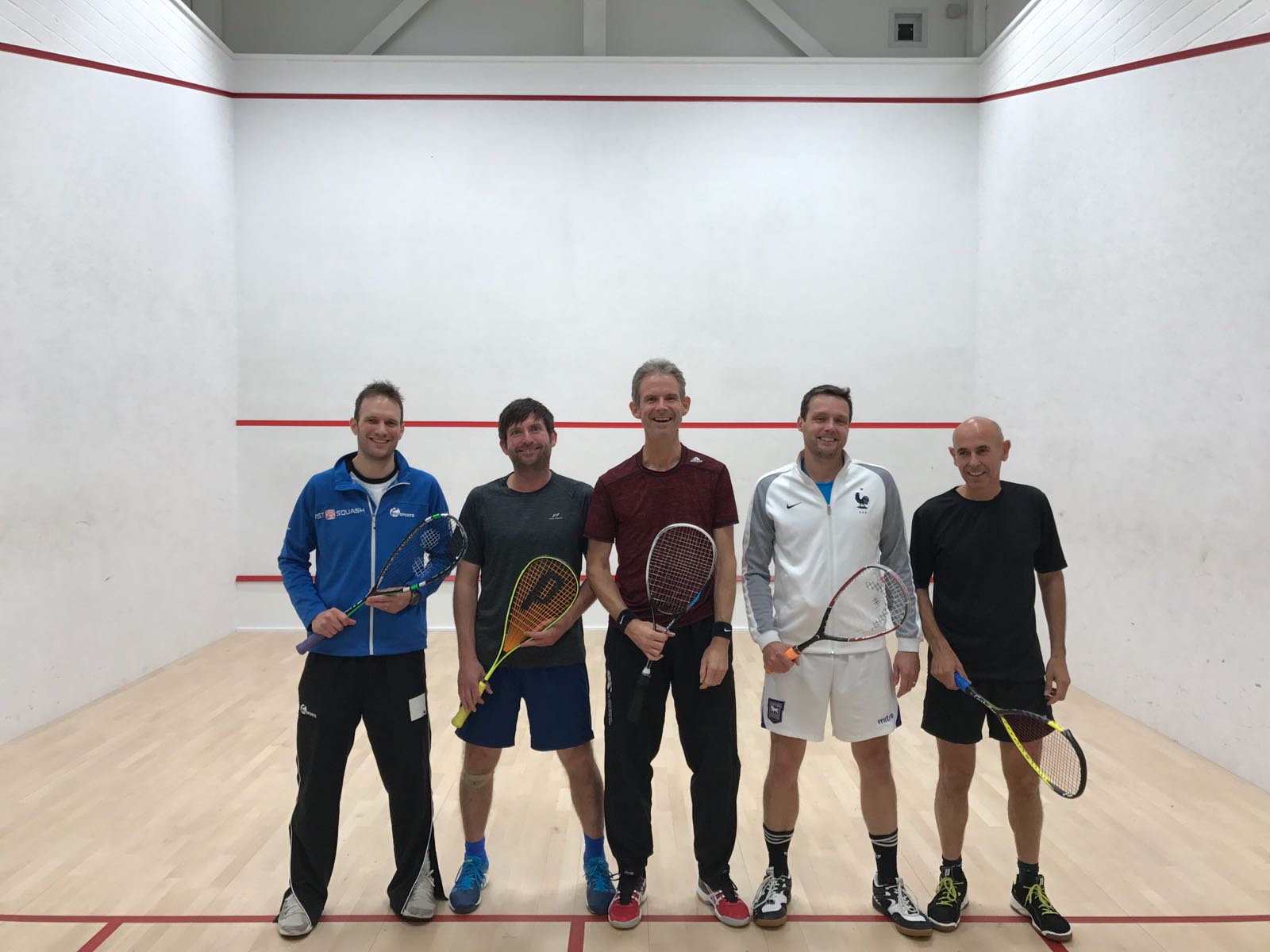